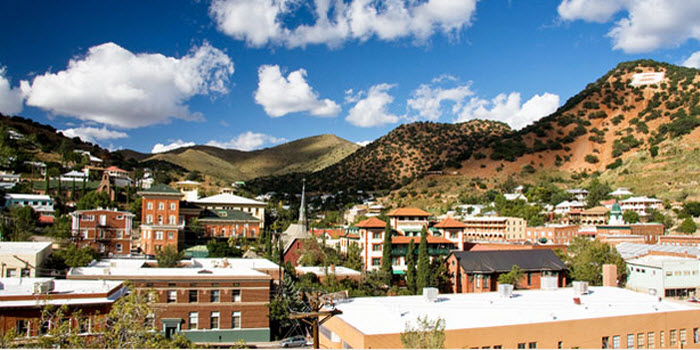 Bisbee, 90 miles southeast of Tucson and nestled amongst the Mule Mountains, is the picturesque county seat of historic Cochise County. The community was founded in 1880 and named after Judge DeWitt Bisbee, a financial backer of the Copper Queen Mine.

Once known as “the Queen of the Copper Camps”, this Old West mining camp proved to be one of the richest mineral sites in the world, producing nearly three million ounces of gold and more than eight billion pounds of copper, not to mention the silver, lead and zinc that came from these rich Mule Mountains. By the early 1900s, the Bisbee community was the largest city between St. Louis and San Francisco.

Bisbee, with a population of over 20,000 people in the early 1900’s, had become one of the most cultured cities in the Southwest. Despite its culture, however, the rough edges of the mining camps could be found in notorious Brewery Gulch, with its saloons and shady ladies. Brewery Gulch, which in its heyday boasted upwards of 47 saloons and was considered the “liveliest spot between El Paso and San Francisco”. Bisbee offered other recreational pursuits in that it was home to the state’s first community library, a popular opera house, the state’s oldest ball fields and the state’s first golf course.

In 1908, a fire ravaged most of Bisbee’s commercial district along Main Street, leaving nothing but a pile of ashes, but the residents of Bisbee quickly began reconstruction and by 1910, most of the district had been rebuilt and remains completely intact today.

Bisbee was a thriving community until the large scale mining operations became unprofitable in the mid 1970’s. As mining employees left to go elsewhere, many artistic free spirits found Bisbee an ideal, attractive, and inexpensive location to settle and pursue their artistic endeavors. The small town’s legacy has long been preserved not only in its architecture and mining landscape, but is world-renowned for its diverse minerals and wealth of copper. Although its mines closed in the 70s, a museum has welcomed, educated and entertained more than a half-million visitors ever since. Featured among its exhibits is “Bisbee: Urban Outpost on the Frontier”, an in-depth look at the depths – and heights – to which miners and settlers went to carve a communtiy and a living out of rock. 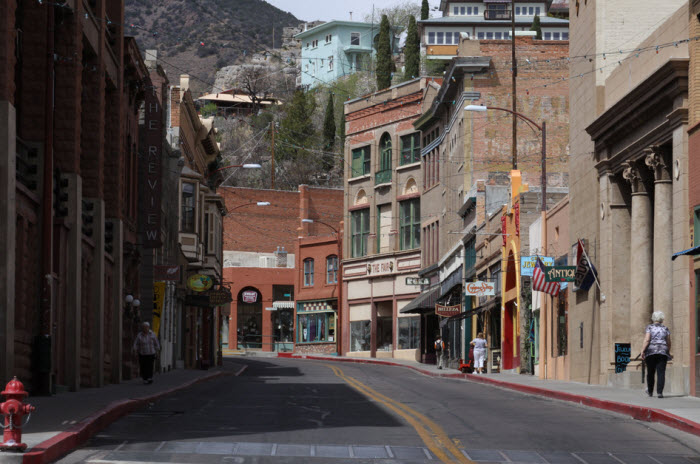 Today Bisbee has evolved into an attractive artist colony and retirement community, known for its relaxed quality of life. Travelers from all over the world come to Bisbee to savor its unique charm… an uncommon blend of creativity, friendliness, style, romance and adventure — all wrapped in the splendor of the Old West. To stop in Bisbee is to stop in time. Nestled in the mile-high Mule Mountains of southern Arizona, Bisbee has maintained an Old World charm seldom found anywhere in the United States.

The fine collection of well-preserved turn of the century Victorian structures are full of old west history and copper mining lore. Old miners’ boarding houses have been refurbished into many charming small bed and breakfast establishments, of which no two are alike. Former saloons are now quaint shops, antique stores or art galleries, cafes and restaurants.

The most popular activity in Bisbee is the Queen Mine Tour, a trip down into the now inactive copper mine. Bisbee’s Queen Mine was once one of the richest copper mines in history when the mine originally opened in 1877. The mine eventually closed when mining operations were discontinued in Bisbee in the mid–1970’s. The Queen Mine opened once again as a tour for visitors in 1976, nearly 100 years after the mine originally opened. Visitors don yellow slickers, hard hats, and miner’s lanterns as they descent on the mine train deep into the mine and experience the life of miners as they toiled in the subterranean tunnels.

OTHER USEFUL WEBSITES ABOUT BISBEE 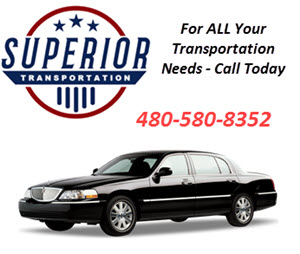 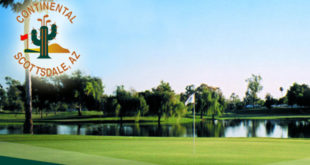